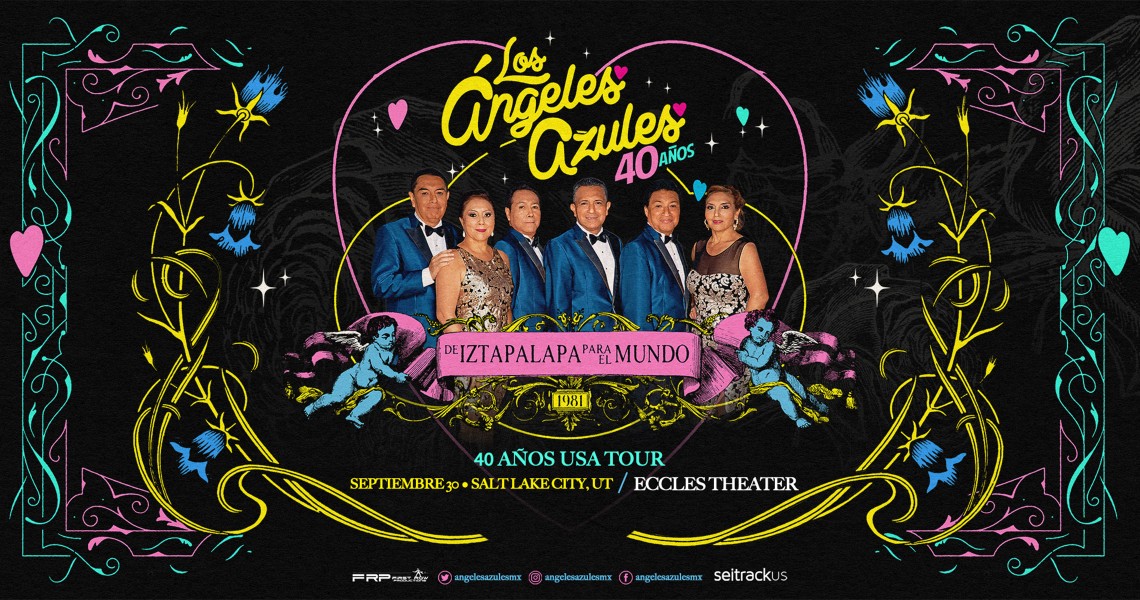 Live at the Eccles presents Los Ángeles Azules on Thursday, September 30, 2021 at the Eccles Theater on Main Street in downtown Salt Lake City. ArtTix is the official source for tickets for Live at the Eccles events. Please note that all fans must present proof of COVID vaccination or a negative test to attend this show.  Read important details here.

Hailing from Iztapalapa, Mexico, Los Ángeles Azules are cumbia’s largest exponents worldwide, having taken their music to the most important stages and international festivals such as Vive Latino and Coachella.

Recently, the group was recognized with the Premio Lo Nuestro- Cumbia Legacy Award.

In this new tour, fans will be able to enjoy classics such as “Cómo Te Voy a Olvidar” and “El Listón de tu Pelo”, as well as many more surprises in celebration of their 40 years’ career.