FANS MUST WEAR A MASK & SHOW PROOF OF VACCINATION TO ATTEND, click here. 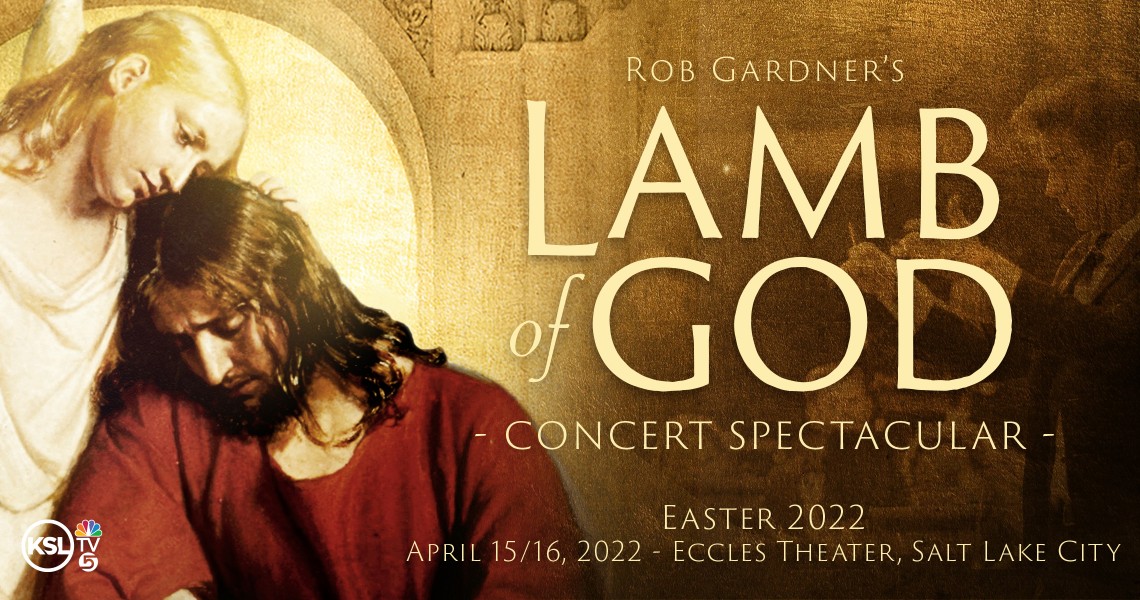 Lamb of God a concert spectacular

Live at the Eccles presents Rob Gardner’s Lamb of God – A Concert Spectacular April 15-16, 2022 at the Eccles Theater on Main Street in downtown Salt Lake City. ArtTix is the official source for tickets for Live at the Eccles events. Please note that all fans must present proof of COVID vaccination or a negative test to attend this show. Read important details here.

Rob Gardner’s acclaimed Lamb of God, performed for years around the world during the Easter holidays, became a groundbreaking concert film and is now set to be performed live on stage as a concert spectacular, featuring an epic 100-voice choir and featured performers from the film, including soloists Casey Elliott, Dallyn Bayles, cellist Nicole Pinnell, and many more. In all, nearly 200 performers will join Gardner on stage, as the composer conducts a full symphony orchestra and the choir for a profoundly moving seasonal celebration for the entire family.

Told entirely through music, Lamb of God portrays the final week in the life of Jesus Christ. The story is told from the perspective of those who loved and followed Him, including Peter, John, Thomas, Mary and Martha of Bethany, Mary Magdalene, and Christ’s mother, Mary.

“We are thrilled to reunite the cast from the Lamb of God Concert Film to perform live at the magnificent Eccles Theater. We’ve all seen first-hand the powerful emotional impact this music and message have on both the performers and the audience. It’s a wonderful opportunity to bring a little light and hope into uncertain times,” said Rob Gardner, composer and conductor.