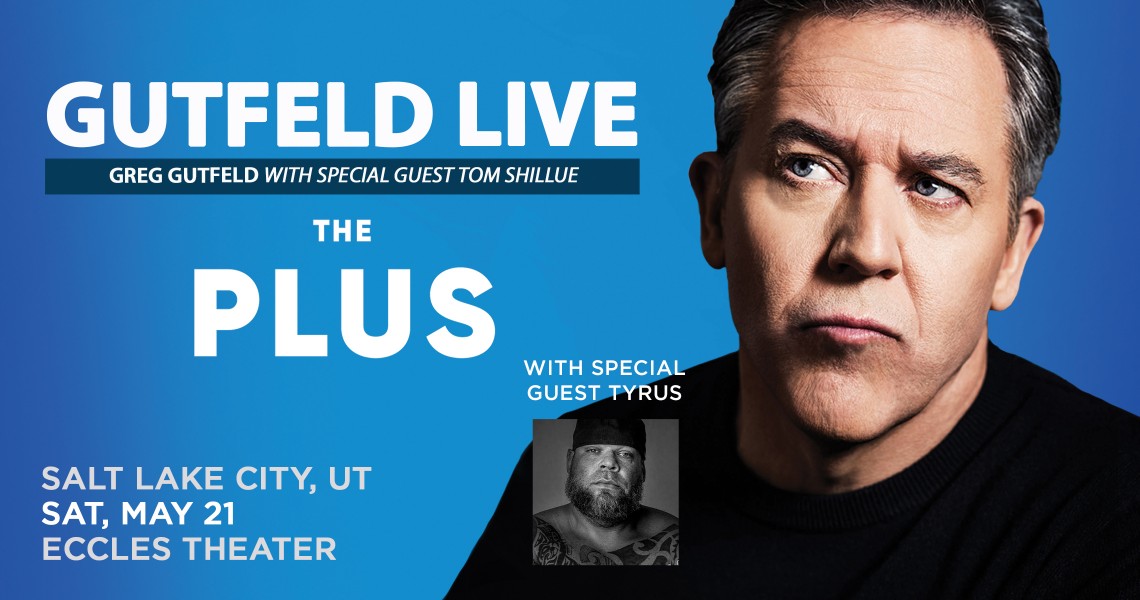 Join Greg Gutfeld, host of the #1 rated late-night show GUTFELD! and comedian Tom Shillue for a fun and unforgettable evening of hilarious, insightful, and engaging conversation – as they cover current hot topics of the day and tips from Greg’s New York Times Best Seller The Plus.

Greg Gutfeld has been called “outrageous and outspoken,” neither of which he denies. A libertarian political satirist, humorist, magazine editor, and author, he is perhaps best known as the host of the new #1 Late Night Show GUTFELD! (Weeknights 11PM/ET) and co-host of The Five (weekdays 5-6PM/ET). Joining the network in 2007 as a contributor, Gutfeld was the host of the former 3AM/ET late night shows Red Eye from 2007-2015.

On Gutfeld!, Greg parodies current events and converses on key issues, bringing a comedic twist to the news. Additionally, Gutfeld interviews newsmakers and culture critics on the major headlines of the week.

On The Five, Gutfeld is part of a roundtable ensemble of FNC personalities who discuss, debate, and even debunk the hot news stories, controversies, and issues of the day.

“The most dangerous man on television.”–The Weekly Standard

“Trust me, you don’t want him setting his sights on your hypocrisy and public failings. Consider yourself warned.”–Andrew Breitbart