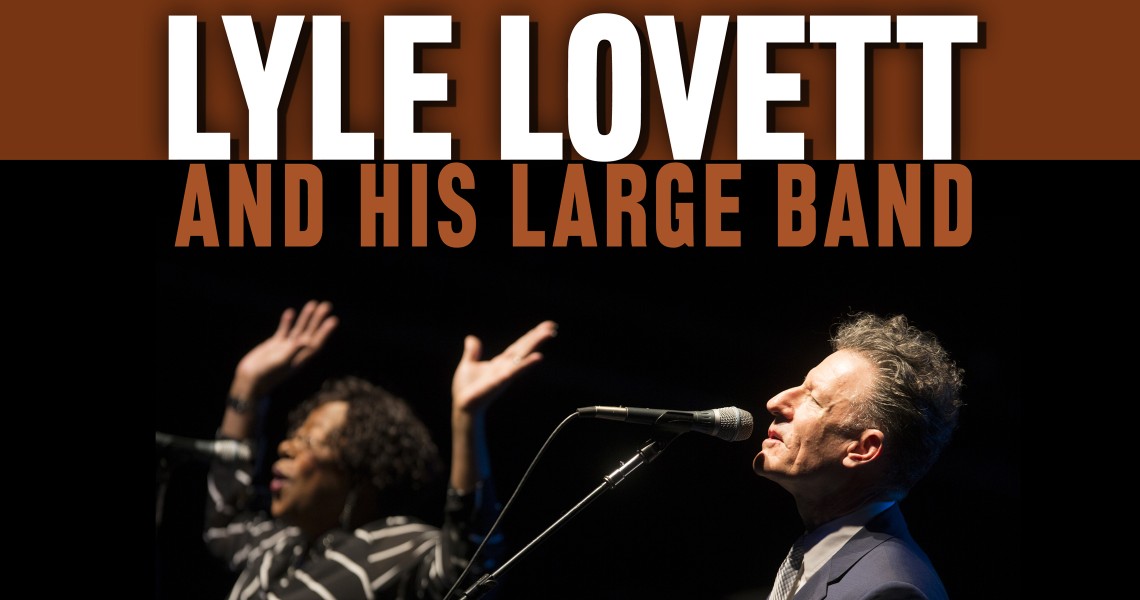 An Evening with Lyle Lovett and his Large Band

Since his self-titled debut in 1986, Lyle Lovett has evolved into one of music’s most vibrant and iconic performers. Among his many accolades, besides the four Grammy Awards, he was given the Americana Music Association’s inaugural Trailblazer Award and was named Texas State Musician.

Whether touring as a ‘Duo’ or with his ‘Acoustic Group’ or his ‘Large Band’, Lovett’s live performances show not only the breadth of this Texas legend’s deep talents, but also the diversity of his influences, making him one of the most compelling and captivating musicians in popular music.